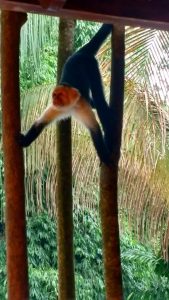 It was 2011, on the verge of my 51st birthday and I began realizing how lonely I was. This was the year that I wanted to be honest with myself, finally.  Feeling alone while sharing a home is one of the loneliest feelings; for the first time, just having a husband and family wasn’t enough. What lacked was conversation between us. We “co-operated” very well but I knew I lacked feelings of respect and deep love for him. We were so good at “doing” and lacked the depth that matures intimate connections over time.

In 1987 I was a newlywed, I asked my husband if he would see a counselor with me. He wasn’t interested and so began the realization that I may never have the type of relationship I truly wanted. The years went on. Some fun times and times of wishing things were different. The saving graces were my two children, born in 1990 and 1993. I loved being a mom and having a family.

Twenty-five years later, December, 2012, driving home with him from our Christmas visit, I felt the sadness so deep; I realized my marriage was in deep trouble. After being upset, sad, hurt and confused for five months, Spring of 2013, I asked my husband, again, if he would see someone with me. Our relationship had really gone sour (in my mind – how could it have been that he didn’t feel the same?). He said no. That was all it took to turn me onto my discovery and reject the ideas I tried so hard to cultivate to improve our relationship. It was a very sad and difficult time; but I was motivated to feel happier.

Two books got me on my way, Eckert Tolle, The Power of Now and Wayne Dyer, Change Your Thoughts Change Your Life. My goal was to go back to being five years old; the last age I remember feeling carefree, silly, not influenced too much by society, expectations or “I should.” Through these books I was able to strip away the years of doing and being (what I thought I should be and do or what I thought was expected of me).

Spring of 2013, I was advised to find a cognitive behavioral therapist to help me better understand myself, my behaviors, and how I really wanted to live my life. For the first time in my adult life, I decided to be honest with myself. That was one of the toughest realizations that I had ever faced. She helped me learn how to ask myself questions and think about my thoughts and feelings differently. During this time, I had suggested that my husband also see someone to help him; it didn’t take long before I told him I wanted to be separated so I could work on myself.

I had moved up to my daughter’s room for a couple of months to see how it would feel to sleep alone. When it seemed that he was really trying to understand and help me, we had a brief period of trying to be together again. After a brief time of hope and pleasure, it wasn’t working. In October of 2013 I told him I wanted to separate. My hope was that he would be my friend and we would slowly see if we really loved each other deeply and would want to join our lives again. Unfortunately, our separation had none of that; I was on my own to learn how to love myself.

I’ve always been a self help guru; the time on my own was spent working, socializing, dating, journaling and continuing to question myself. During this time two more outstanding books were suggested: Why Men Love Bitches (recommended by my daughter, not like it sounds – free pdf – I highly recommend this book for anyone who wants to date) and Choosing Me Before We. Over the next two years I had many epiphanies and by February of 2015 I suddenly felt the most comforting love for myself. In my mind, I could hug myself the way I longed to be hugged. I knew that no matter what, I had everything I would ever need, self love.

Time continued to pass, in August of 2015 I met a man, the first man who ever treated me like a princess. I loved it. We dated for nearly a year and red flags that I knew of since the beginning continued to show up; I was honest with myself and we broke up. So sad, yet I learned how to let go in honor of myself.

Several months later, November 2016 I received a call from someone I knew and we began dating. This man also treated me like a princess and sometimes like a queen. We were developing that deep emotional connection that I so longed to share with a man; I could be honest with myself and a man. It wasn’t long before we were falling in love. The best part for me was that I was happy on my own in my life and very happy with him in our life. He recently asked me to marry him. I said yes. Now we live together, sharing a life together while maintaining our own interests. This is by far the healthiest and best relationship I’ve ever experienced. A true love with its ebbs and flows, it’s the relationship I always dreamed of.

Willomena hopes you will discover for yourself – Where there’s a WILL, there’s a WAY.