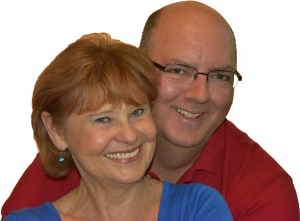 It was 1997, I was 51 years old and standing in the middle of my living room floor wondering if I’d ever find love again. In one of the most agonizing and freeing times of my life, my then husband of 30 years both broke my heart and did me the biggest favor I could have ever hoped for at the same time.

He had an affair.

To say that the affair was the only thing that caused our marriage to end wouldn’t be fair to either of us (or accurate), but it was the final straw that led us first to a marriage counselor’s couch and then to an attorney’s office to call our marriage to a close.

Besides having my life being turned totally upside down by the divorce, for the first time in my life I was living alone and had no idea how I was going to deal with the upkeep of the 150-year-old house we had shared and raised our daughter in.

To say I was scared of the future was putting it mildly and instead of focusing on me, it was easier to worry about how my ex was doing and if he was eating.

I did that until one day I said to myself, “What about me? What do I want for my future?”
And that’s when things started to change for me.

In our small community, my chiropractor hosted a group for spiritual seekers with a wide variety of presenters and topics. The presentation I remember most was a young man in his 30’s who talked about his weight loss. My first impression of my now beloved husband Otto was that he was nice, but very loud and I can’t say that it was love at first sight.

First of all, there is a 16 year age difference between the two of us and at that time, it looked to me like he could be a “younger brother” kind of acquaintance and nothing more.

A few months later after one of those meetings and he had left his marriage as well, I asked him if he’d like to trade energy sessions. We had both been trained in an ancient form of healing called Reiki and I had been trained in a healing system called Polarity Therapy. So we set the date and I thought nothing more about it except as two acquaintances getting together for some energy work.

That evening we met at my house and I gave him a session first then he gave me one. Both sessions were awesome and after mine, I asked if I could hug him.

It wasn’t sexual and there was no hidden agenda, but that night we found ourselves holding one another for several hours and having a true soulmate experience.

We felt incredible loving energy passing between the two of us like we had never felt before. We couldn’t seem to let go of one another because we were “home” in each other’s arms.

Since we both had to go to work the next day, we did have to separate and I remember thinking that I wanted him to stay.

That night, there was a strong bond and connection between us that we really couldn’t explain because up until that point, we had only been casual friends and acquaintances.

It was almost as if Spirit said to us, “Now it’s time for you two to be together. You have lots of work to do.” From that night on, the bond has been so strong that we have rarely been apart.

From the beginning, it was as if we didn’t have a choice except to be in this relationship as the 15th century Sufi poet Rumi said, “The lover has no choice.” It was as if we were destined to be together at this point in our lives.

Has it all been smooth sailing?

Of course not! We each grappled with our age difference in different ways, both projecting what life might be like when I was an old 80 year old and him a young 64 year old. I saw myself as a wrinkled hag at that age and Otto feared that I would die and leave him.

We both came to realize that we’d be missing out on a “big” love if we allowed fearful futurizing to take us over. So we learned to focus on the fact that this is the only moment we have and to make the most of every one of them!

It also became clear that unless we learned better ways of communicating and treating a partner, our love and marriage might have ended like our previous ones did.

We saw that having a special soulmate experience while very precious to us did not guarantee a lasting, close, connected love.

After being together for 20 years this year, I can honestly say that we are closer and more filled with love for one another than ever.
I’ve learned that anyone can experience a love that grows whether they have a soulmate experience or not.

Love is precious and I’ve learned to enjoy every moment of it!

Otto has just released his book about healing his relationship with his father called Preaching to Monkeys which can be found on Amazon. For a free audio for fathers, sons, and the people who love them, go to ottocollins.com.

Susie and Otto Collins are married soul mates and on a mission to share that passion and spark don’t have to die, whether you’ve been together for 5 months or 50 years. As certified Transformative coaches, authors, and speakers, they are passionate about making this world a more loving place by helping people understand how life and love really work.

Since 1999, they’ve been teaching practical, easy ways to find and keep passion strong and alive throughout the years, how to communicate with love, openness and compassion even when it’s tough, how to stay connected even when life throws challenges your way and how to leave with grace.

Together, they are the authors of Magic Relationship Words, Stop Talking On Eggshells, Should You Stay or Should You Go, No More Jealousy, Relationship Trust Turnaround and many other programs.

Otto has just released his book about healing his relationship with his father called Preaching to Monkeys which can be found on Amazon.

For a free audio for fathers, sons, and the people who love them, go to ottocollins.com.

Get their free ebook Relationship Reverse Right Now at SusieandOtto.com.