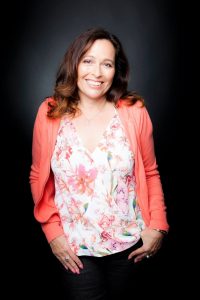 Finally, at the age of 51 I shed the last of the damaging emotional affects of past experiences and fully embraced who I really am.

Despite the outward appearance of success, I was dealing with a lot of baggage and had always struggled to understand my worth and purpose. It was literally a Eureka moment when I grasped that I had actually achieved something and I was basically a good person with something of value to give. In a few seconds I fell in love with my life and accepted who I really am and what I have done and still have left to do.

I talk about the outward appearance of success, happiness and living a great life because on the outside, that is what I had. Many people who know me will be shocked to discover that I constantly battled an overwhelming feeling of not being good enough which lead to an insatiable need to achieve above and beyond and, to prove myself, literally to myself, not to other people that I was good enough. I had plenty of accolades, praise and support from other people. This was all about my own inadequacies and lack of self confidence.

It all started when I was about 8 years old, at least that is my first memory of a significant event that started all of this self doubt. There is no doubt about it, we were poor growing up. My parents had 4 children and my father was a self employed builder. A lovely man but, not a business man so, while I was young there was never much money and I was well aware of this. I do not remember ever being bothered by this or even being particularly aware of it, until this event that triggered all of my insecurities.

I was making the transition from infants school to junior school and this meant new shoes. In those days the choice was limited, very plain, solid and wearable black or brown. When I went shopping with my mother for these precious new shoes, there was one particular pair of shoes in the shop that were different. Instead of being plain, they had lovely tones to them and at the toe they finished in an orangey brown contrast to the black. I thought they were beautiful and of course, I wanted those shoes! They must have been expensive, of course, because my mother immediately told me they were not school shoes but, they were “special shoes.”  I just accepted this and got other far less appealing shoes.

The first day of school,I was directed to a large table; a girl came over with her mother and in a split second I was totally in awe! she was wearing the special shoes!! I just kept staring at those shoes, wondering who she was and what she had done to get those shoes. I felt very privileged that the girl with the special shoes was sitting next to me!

There were 8 of us on that table and we were the cleverest in the class. Even then, I knew that I was clever! There were a few things that started to make me feel a bit awkward and one of them was that the others seemed to have sweets every day. Sweets for me were a treat, not an everyday occurrence and it meant that I had nothing to share at break so it was not long before they began to exclude me. I would be left out of games and groups because I did not have sweets to share.

The moment that really defined my conviction that I was not good enough came when I invited the shiny shoe girl to my house for tea. I was very excited about this because we would have cake and maybe special sandwiches, crisps and pop, too!

Then, the moment of my humiliation came. I had invited her to tea and she told me that she was not allowed to come! She said that it was because if she did, they would have to invite me back to her house and, I was not the sort of girl that they wanted at their house.

I can feel the emotion, the disappointment, the lack of understanding and shock of that moment.

Until that point I literally had no experience or understanding of the fact that being poor made me different and not good enough in the eyes of some people. As a child of 8, I had no way of dismissing this, rationalising it or telling myself that this was their problem not mine.

I just suddenly knew, for certain and irrevocably that I was not good enough to be around some people. They were better than me and I had better get used to that.

It seemed to have started a spiral where other children picked up on this and I was bullied for being poor, nothing I had or did was ever good enough to match those around me.

Even though I was clever and from my early twenties I had a great job, my insecurities were very deep seated. I had got so used to the concept of not being good enough and I had no idea who I was. I pushed myself harder and harder to succeed and achieve more and more.

Then came a defining moment earlier this year that changed all of this for me and all of my insecurities and self doubt literally slipped away.

I was nominated for a high level business award and I ended up a finalist. There was a split second where I realised that this placed me in the top 5 of business women in franchising in WA. It was like the veil fell away and I saw myself for who I really was for the first time in many years.

It is so true that who people say we are does not need to define us. I wish I had worked it out sooner, but I got there in the end and I am finally in love with who I am, what I do and what I have to give.

2 thoughts on “Sarah Griffiths – Embracing Who I am at 51”