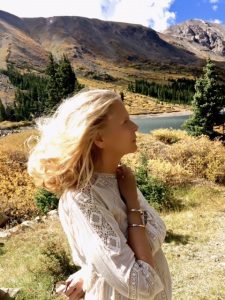 I call it the year of consequences. 2010 was that year.

I was suffering from an abusive marriage that stemmed from his being a doctor who started to prescribe meds to me by the third year of marriage. I am educated, from a good family. No one was more surprised than me to find myself addicted to Ambien and Valium and other drugs.

In 2008, when I was 54, my then husband got three Felonies, count ones for over-prescribing to nursing Homes. I asked for a quiet Divorce.

Our lives exploded on all levels. We became poor overnight. Our families and friends were stunned. As educated as I was, I did not understand Emotional Abuse. I hid in silence.

In 2009, I hired a woman divorce attorney, who said I was being emotionally abused. Her then husband was also an attorney. He weighed in, and then came onto me sexually. Sounds like a Lifetime movie, right? Except it was real and scary.

The divorce finalized in late 2009. By then, my ex-husband had begun an affair with my divorce lawyer. It is unheard of.

My mother was dying and so was my best friend who had Progressive Multiple Sclerosis.

In May 2010, one week after my mother had died, the attorney told me she was marrying my ex -husband, and she knew the sheriffs, judges, and Family Court. She was marrying him and told me to  “ get lost.”

I will not say here how I reacted to my ex- husband except to say he was met with fury, disbelief, and shock. He then said they demanded custody of our children who were ten and twelve. Money, obviously was the point.  It is unheard of for a divorce lawyer to have an affair, or marry the client's ex- spouse. It is an unprecedented case.

In June 2010, I took my children across state lines to my deceased mother’s home and weighed out my options.I knew that moving back to California would be crazy for our children and me.

Somehow my survival instincts came in.

By July 2010, my former attorney had hired another attorney to decimate the very divorce decree that she had written. I was declared harassing, problematic, a drunk, a druggie.  They had systemically set me up for PTSD and a breakdown, which I subsequently had in Fall 2010 after my best friend committed suicide because of the MS.

I could not cope. I did not know where to move. I started to look at the East Coast for a city that was developing, and Charleston, South Carolina kept coming up.

I drove us to Charleston and I felt immediately at peace. Scared, but at peace. I moved us into a  neighborhood that offered the kids and me some solitude. My neighbors immediately offered Southern Hospitality and a friendship that continues until this day. The kids and I were brought into a vibrant community. It was meant to be. I know that.

From 2010, until 2015, I struggled with Severe PTSD, as I was in family court fighting for my decree. I became physically sick from it.

I then started to pick myself off the floor. I got involved; I made friends with all kinds of wonderful people. My modeling career revived, I worked at Belk and an Art Gallery. My circle of friends became huge.

I decided to stop going to court. I, then was met with no child support and evicted. That was the lowest point. I moved us into a tiny apartment, and with the help of family, got on my feet again.

After my daughter graduated from High School, I knew both needed more choices for Education. We moved to Denver Colorado in 2016.Once my daughter is in her Junior Year, I will move back to the Charleston Area.

I got PTSD therapy and started to go back to court in which I am currently. I am writing a novel on all this. I am working hard at becoming  a Mature Model, and finishing my Bachelors. I have no money saved at 63. I am owed over Four Million Dollars from ex husband.

I decided to stop being scared. I now help other women in their divorces. I also help women in Domestic Violence. I am a survivor of Domestic violence. I was gaslighted, isolated, and drugged. I was a person of education,and of the upper middle classes.

It can happen to anyone.

Needless to say, I have become an advocate against Domestic Violence, Corrupt Family Courts, and I strive for myself to become healthier every day. I am a huge believer in not isolating myself through social media. It takes everything I have to leave the house, but I am thriving, finally.

Keep to thine own self, be true. Be vigilante about your worth!

I am Julie Law, divorced, with two teens, one living with me, and the other in Four Year College. I come from the Midwest, lived as a Hippie in Colorado, did a 180, moved to NYC, where I had a long career in Event planning and the Music Business. I currently am finishing my Bachelors, and working again as a Mature Model. Fourth ACT!