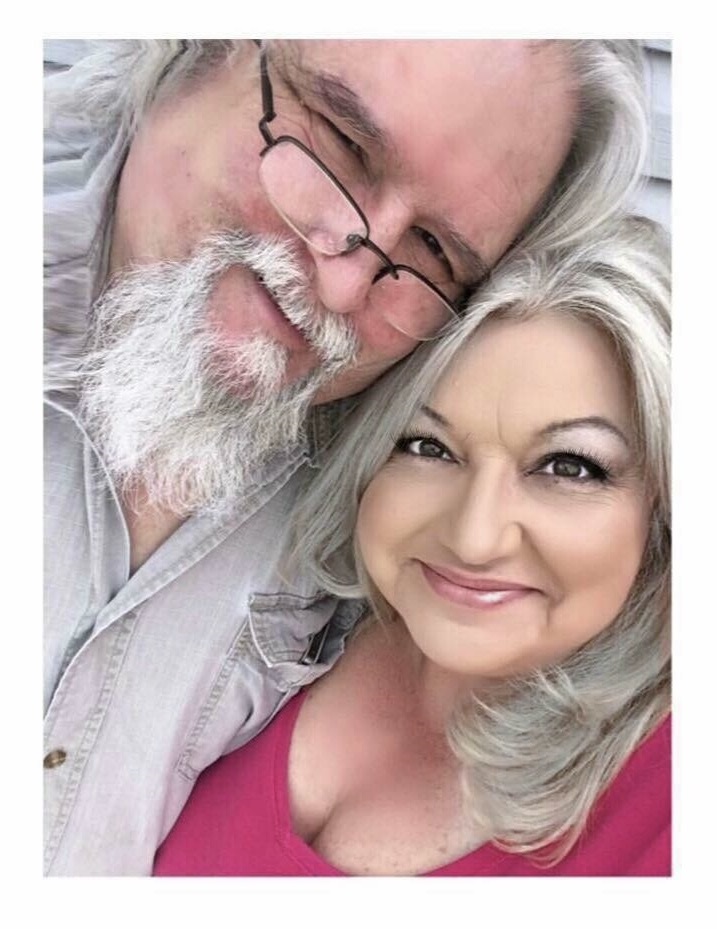 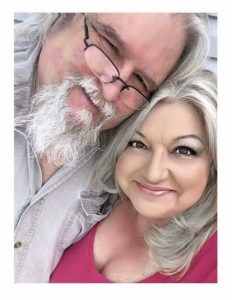 It’s only Words, and Words are all I Have, to Take Your Heart Away.”

“I know I’m too old for you, but I think you have a nice smile.”   Maybe not the smoothest line in the history of courtship, but that was the message he left on my online dating profile when I was 47.  I had been scrolling down the hearts and flirts and messages when those words caught my eye… and they ended up changing my life.

First married on my 19th birthday, back then, I thought I knew exactly how life would go.  I was wrong.   Divorced after twenty six years of marriage, I found myself single at the age of 45.    I had no idea how to be single.   And after endless nice, but very similar, dinner and movie dates and yes, even a few one-night stands, I knew I wanted to half of a couple again.   But alas, good men at my age don’t grow on trees.  And contrary to popular folklore, you don’t often meet them at the grocery store or church.  At least not in my small town.   And, not being a club or bar scene kind of girl, I did what any 21st century, single woman did in 2009 – I made an online dating profile on a site about fish.   You might say, I threw out the bait there and from time to time, I would check to see if I had a nibble.

I was 47 when those words that he wrote stopped me in mid computer scroll. I can honestly say that the thumbnail pic on his profile was an afterthought.  Being a writer, it was the words that caught my attention.  Those words made me stop and go look at his complete profile.   Fifty Seven.  That was a good age, I reasoned.  And I told him so when I replied to him with one sentence:  “Fifty-Seven is a very good age.”   And turns out…it was.

“I know I’m too old for you, but I think you have a nice smile.”  I did have a nice smile.   It was an honest smile that reached all the way to my eyes.  It was a hopeful smile that said perhaps there is love out there again after all the pain and upheaval I’ve been through.   And yes, the smile that had caught his attention sat in a face that had a few years on it and housed big eyes that held a lot of pain and disillusionment about love.

His words stopped me, and I was intrigued enough to look over his profile, and when I did, I saw that, in addition to being 57, he was a professional with an advanced degree.  What he hadn’t included on his profile, but what I would learn when we later met, was that he had a wicked sharp sense of humor (that I love) and a keen perception about people and life, quick wit, and enormous heart.   He also failed to mention that he knew the words to every great rock n roll song in the world.   He had left those things for me discover myself.   Another thing that was missing from his profile was the fact that he, too, had known great pain and disillusion at the hands of someone whom he was supposed to be able to trust.  Another thing, I would learn.

What I saw that day staring at me from the computer screen was a middle-aged man with a gentle smile and laser dark eyes looking back at the world.   What I heard that day in the words that he wrote, was a heart, like mine, searching for the possibility of a lasting love.

And so I replied.  One sentence.  “Fifty-Seven is a very good age.”   Turns out it was.   One telephone conversation later, we decided to meet.  Ever the wise one, he told me that he didn’t want to take a lot of time talking and texting and emailing.  He said we should meet in person and if we still thought there was something worth pursuing, then we should.   He was right.  Sometimes you can build up another person in your own mind to be something they are not, or you can miss the good that they are.

So we met.   On a Wednesday in October, he drove an hour to meet me at a restaurant where we ate Crab Rangoon and made small talk that turned into big talk the next night when he made the drive again to share a second dinner with me.

We got engaged very fast.  By anyone’s timepiece it was fast.  Some would say too fast.  We just smile when they do.  Sometimes, when you know – you know.   And we knew.  Almost from the beginning.  We waited a respectable six months to be married.  This was mostly so as not to completely shock our friends and family.   But we knew long before then that we wanted to spend the rest of our lives together.

We understood that at our age, we were on the “back nine” of the golf game of life.  No longer did the full game stretch out before us.  But we also were determined to waste not one minute of the time we had left.  And we haven’t.

We got married on the first day of Spring in 2010.  Not a day goes by that I don’t thank God for him.  It has been a splendid adventure, and continues to be so.  All the pain, all the broken roads that lead to this place were worth the destination to which we have arrived.

“I know I’m too old for you, but I think you have a nice smile.” It was these words that first caught my attention.  But it was his intelligence, his wit, and his heart that has held it these many years.  He was, and we are, the perfect age for a romance, because real love has no expiration date.

Geneva Coleman is a freelance writer, artist and wife extraordinaire to husband Mike. She and Mr. Coleman are living the next chapter of their love story in the beautiful bluegrass country of Central Kentucky, where their four children and three grandchildren also live .