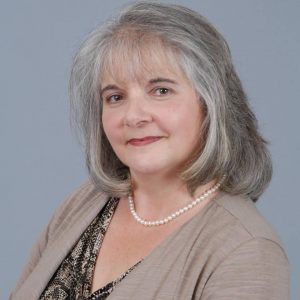 It was 1965. A hot, wet summer in Alabama. At age eleven, I was taking my very first (of what would become many) drama classes. A thin blonde boy was guided into the room by his elfin mother with prematurely white-Phil-Donahue-hair who was the most interesting and animated person I’d ever met. I knew at first sight that these two would be important people in my life. Helen would become my drama teacher and mentor. David would become my lifelong best guy friend. Ours would be a complicated, interesting, sometimes frustrating, but ultimately foundational love relationship of a sort that few people are fortunate enough to share.

The following summer David and I appeared in Alice in Wonderland. I was Alice; he the Knave of Hearts. I would soon learn exactly just what a knave he could be! Backstage as we waited to go on, we twelve-year-olds swung our clasped hands back and forth in anticipation. I was SO in love with David! And all that summer he was my faithful beau. But then the next play was cast and David turned his attentions to his new leading lady, while I merely played a role in the chorus. And so my sweet knave went from flower to flower all through middle school and into high school where he concluded his senior year dancing the lead role in Don Juan. How apropos! But through all the girls who came and went, I remained David’s steadfast friend.

As we turned 18, David went off to dance professionally in Canada and I moved to Philadelphia and later just outside New York City to give a life on the stage a shot. I married an actor. David married a Canadian girl. He toured the US, Europe, and more. I had the joy of sitting next to David’s parents and watching him perform at the Kennedy Center in Washington when Canada presented his ballet’s performance as a 200th birthday present to the United States. We wrote letters. Lots of them. I got a card from David every Christmas. When his plane was laid over at La Guardia, only a few miles from my NJ home, David would get a roll of quarters and call me. We would talk and laugh and catch up while my babies played on the kitchen floor.

Years passed. David divorced and moved back to our hometown to direct his childhood ballet company. I gave up my own childhood dreams, moved to South Carolina, and got a divorce myself. One very lonely Christmas without my kids I called David and asked him to come visit and “make me feel better.” He did. And we crossed the line that friends cannot usually cross and remain friends.

For a time, our friendship was in danger. You see, I’m the kind of gal who still embraced her Catholic upbringing and believed I had to marry any man I slept with. David, however, remained the knave and moved quickly to another woman. Communication fell silent between us – with the exception of the card and Nutcracker ornament that arrived for the next Christmas. In time, David married again – a woman named Katie - but he forgot to tell me.

Decade after decade, David remained in my heart and I stayed in touch with his parents whom I loved dearly. Alzheimer’s took the magic out of his mother’s eyes; his 90-year-old father, Jim, cared for her himself, refusing to put the woman he loved so dearly into a home. Then came the day when Jim died in a single car accident. David told me he needed me and I drove to Alabama. Together he and I cared for his mother. When she asked for Jim we told her he went to the store. It worked every time; she couldn’t remember how long he had been gone. David and I bathed and dressed Helen; she had no idea how much her life had changed. Tears fell as I hugged her and she could almost remember who I was. David put his mother into the car and drove to the memory care facility where Helen would now live. I went from room to room in the house I had frequented as a child, closing windows and locking doors; knowing I would never see it or Helen again. I drove home.

But I did see David again. I had met David’s new wife, Katie, only once. Experience told me that if I was going to keep my friendship with David, his wife and I needed to become friends. I told him that he had to tell her we had once been lovers because if she learned this from someone else, it could be a death knell for our friendship.

A new job brought me to live in my old hometown. After 40 years with states and even countries separating us, David and I would live in the same town again – and this time Katie was there, too!

Sadly, my joy was short-lived. I lost the man I loved and I was in so much pain that I could barely get up in the morning. David and Katie to the rescue! She’d call me with her thick Southern drawl, “Hey Hun, I’m making stew for dinner. Come on over after work.”  Katie would be waiting for me with wine and cheese and chatter. David would come later, or if he was rehearsing, it would be just us girls. Katie saved me that dreadful, painful, lonely year. I had someone to come home to. The three of went everywhere together, shared holidays, cooked, laughed, watched TV, pulled weeds, stayed up late in our PJs and sipped bourbon.

What a remarkable lifetime achievement to retain a deep friendship through broken romance and everything else life can throw at you. At the lowest point in her life, Alice fell down the rabbit hole and the Knave and his Lady pulled her out. My best guy friend married a woman who, with no hint of jealously, opened her heart to become my best gal friend. How amazing is Katie to love and trust me so completely that not only did she allow me to keep my dear friend of more than 50 years – she became my lifelong friend in the bargain.