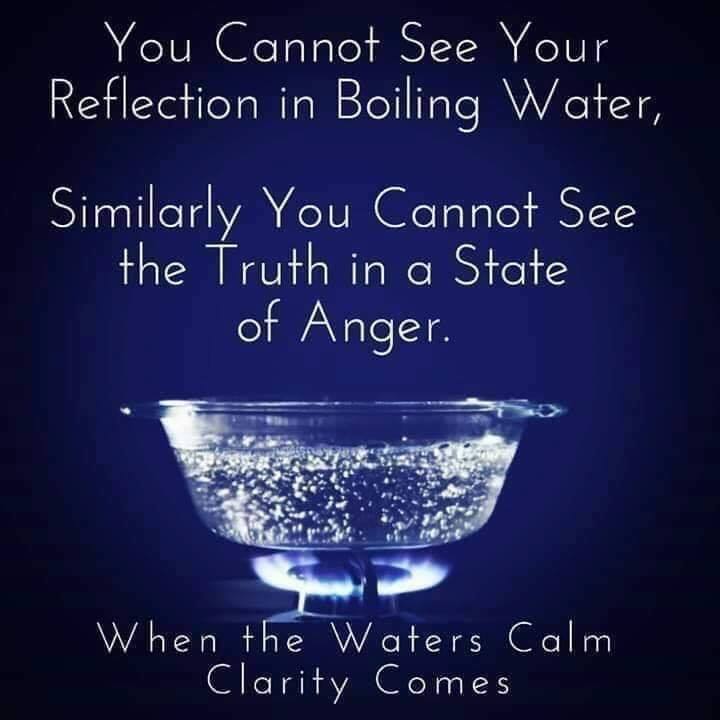 There is a sense of lostness that accompanies anger, hurt, fear, or judgment.

You feel lost in the world, isolated by your own feelings.

You feel lost in yourself, trapped by your own feelings.

The deep dark woods of lostness feel full of sharp objects, dangerous ledges, and threatening spectres that only make the feelings loom larger and darker until you cannot see your way out of the dark or into the light.

It's easy to say, "Just breathe" and there is much truth in that wisdom. It's also easier said than done, especially in high octane moments of anger, hurt, fear, or judgment. The chasm from anger to calm feels too deep and too wide and too impossible.

There's a bridge to carry you from anger, hurt, fear, or judgment to calm, though it may look very different from what you expect or want.

Those feelings are coming from somewhere and trying to tell you something. Glossing over them or pushing them away will only frustrate them. They'll be back. Again and again.

What if the way to soothe those feelings is to courageously sit still with them, ask them to talk, and listen to what's on their mind? We all want to feel seen and heard.

Children act out in order to feel seen and heard. When an adult sits with them and respectfully listens, they calm down faster.

What if you decided to see things from the perspective of these feelings that have you in their clutches? Especially if they are habitual feelings, consider that they are desperately trying to tell you something.

Children will continue acting out until they feel like their perspective has been acknowledged. Once they feel seen and heard, children are far more receptive to being led out of their personal storm.

Invite those feelings to speak their message instead of just reacting to its delivery.

And listen. Listening is the first plank of the bridge.

Listen to that message instead of just dismissing it because it was delivered by anger, hurt, fear, or judgment. It's possible other "nicer" feelings have already tried to deliver the same message. Important messages will keep coming, though details and delivery may change in its crusade to get your attention.

See things from the perspective of those feelings instead of insisting in your own perspective.

Meet your feelings where they are and cross the bridge to calm and truth together.

The quote image in this post was originally seen on Facebook. Whoever created it created it made a powerful statement worthy of sharing and inspiring deeper pondering.