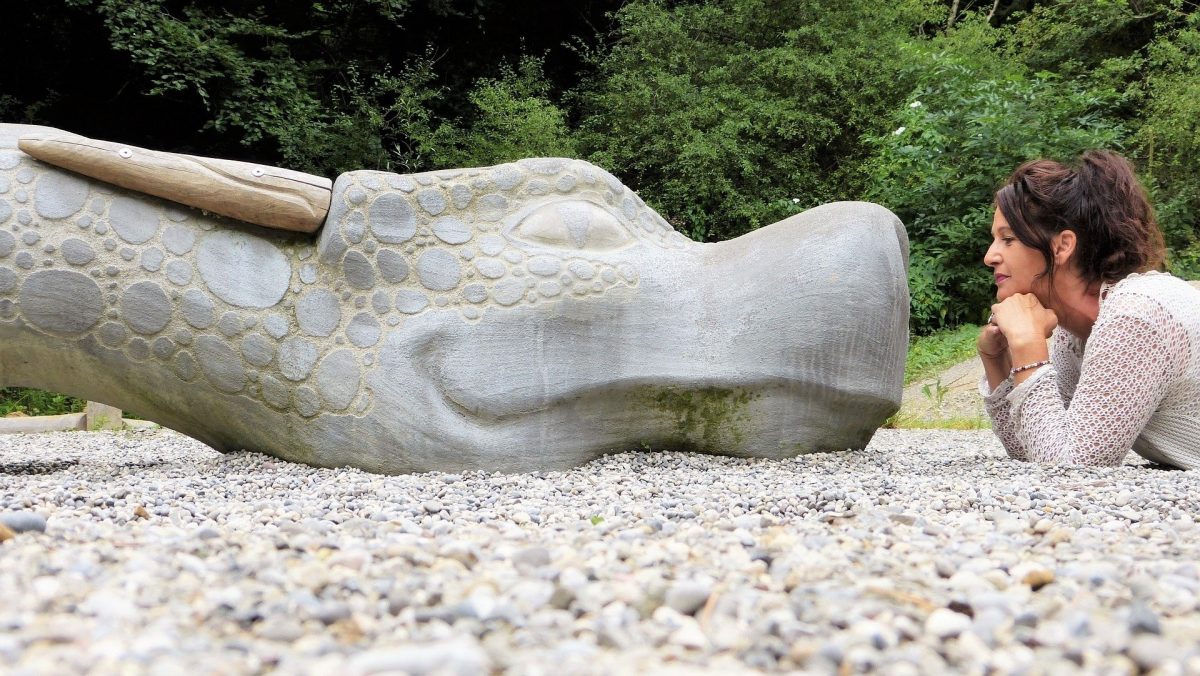 Reader Question: That mantra you use is horrible!  The third statement says I surrender. Why would you tell people to give up? I expected better from you.

(If you’re curious about the mantra, click HERE , or see it in action HERE or HERE.)

I’m so glad she asked…

We’ve been well-schooled that surrender means quitting, admitting defeat, rolling over, inviting yourself to be kicked. It’s a harsh ending. It means the battle is over and you have been beaten. The war has been lost. What happens next is rarely good.

That war is external. It’s about seizing control, winning at the expense of another person or cause.

The only way to win the inner war is to surrender. In this surrender, there are only winners.

You win this war by ceasing to resist (surrender), by letting go of your false sense of control (surrender), and by allowing your self to surrender to your Self. We accept (surrender) that we cannot control what happens around us so we stop trying to force other people and circumstances to bend to our will. We give up reacting (surrender) and find our true voice.  We put down the weapons (surrender) we’ve been using against ourselves.

It begins with surrendering control.

We have been hoodwinked into believing control is possible. Ask any deposed dictator, and he/she will tell you absolute control is unattainable, impossible, fleeting, deceptive.

At some point, other people will get fed up with your bossiness and pursue their own autonomy which may or may not dovetail with your plans. Every human being wants things to be a certain way. THEIR way. We think we have to fight tooth and nail to get it which only deflects our attention away from creating the things we really desire.

Control is a self-defeating delusion.

Surrender gives you the space and grace to figure things out without the fear or judgment inherent to external battle. You can turn away from fighting and tune within to your own inner wisdom and the wisdom of the universe.

Surrender is the short cut. Without the struggle, the peace that is your birthright can seep back in. The only thing keeping it out has been your own inner battles, your own pursuit of control. Your self-delusion.

We have not been taught to surrender to the good that is already waiting for us.

Everything we want and don’t have already exists for us outside our comfort zone, waiting for us to allow it in. Instead of welcoming it, surrendering to its existence, we have been taught to fight for it. The illusion of control has crept into our comfort zone and poisoned it.

Fighting for our desires is counterproductive. It signals fear. It says loud and clear that you do not trust your Self. You do not trust god, source, the universe, so you try to force it on your own.

That isn’t to say we don’t take action. Surrender isn’t an excuse for being lazy. It doesn’t mean you lounge on the sofa languidly eating bon bons while expecting someone else to do the lifting. Instead, surrender means inviting inner guidance and taking that next step, next action, no matter how teensy, in faith and co-creation. Relinquishing the need to carry the entire burden by yourself. Welcoming your inner wisdom, the guidance of god, source, the universe. Experiencing what it’s like to have the doubt, fear, control, and perfectionism lifted from your shoulders. Doing the work while allowing someone else to carry the burdens. Feels good, doesn’t it? That is the feeling of surrender.

Surrender to the belief that everything you desire is already yours. It already exists for you or you wouldn’t know to desire it.

The truest meaning of surrender is getting out of your own way. It’s the one who surrenders that truly wins the war.