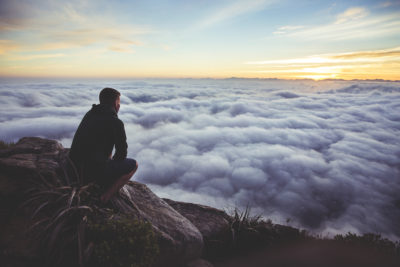 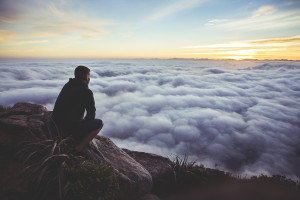 Reader Question: My girlfriend of 3 years broke up with me a few months ago. I didn’t see it coming and she didn’t give me much of a reason. Just said she needed to move on. I guess it’s time for me to get up and start over, but I don’t much feel like it and don’t know where to begin. I’m not even sure that has anything to do with dating.  I don’t have any trouble meeting nice women, but I can’t get over the feeling of being a failure.  ~ Mark

Getting broken up with is one of the greatest blows to your heart and self-esteem, and knowing that it happens to everyone at one time or another doesn’t make it suck any less when it happens to you.

That sense of failure you are feeling is directly related to the loss you are experiencing. Yes, you’ve lost your girlfriend, but you’ve also lost a piece of yourself because of that blow to your heart and self-esteem. And you are grieving that multi-faceted loss.

The steps for getting over a breakup or any other disappointment in life are the same as the steps for any kind of grieving. Grief isn’t just about bereavement. It happens any time there is a loss of any kind – a breakup or divorce, your bicycle getting stolen when you were a child, the loss of health, wealth, trust, or safety. Loss is loss, and any of them can knock us off our feet for a while.

That means, feeling completely bummed at first is normal and natural. You just don’t want to get trapped there. The fact that you are asking signals that you are ready to recover and move on.

No matter what is triggering the need or desire to start over, the process and steps are the same:

9 Steps for Starting Over

Again, this is for you and not meant to be sent.

Things happen. Relationships end and new ones begin. Jobs end and new ones begin. We fall down and get back up. That’s life. For all of us. You’re not a failure at all. The only people who fail are those who let fear and insecurity rob them of that first step. And the one after that. So give yourself a little credit. Pick yourself up, dust yourself off, and start all over again. (Hey, isn’t that a song??) Just by facing the fact that it’s time to start over and asking the question, you are demonstrating courage. And that is not a character trait of a failure at all.

And above all else, remember:

Endings are just beginnings in disguise.