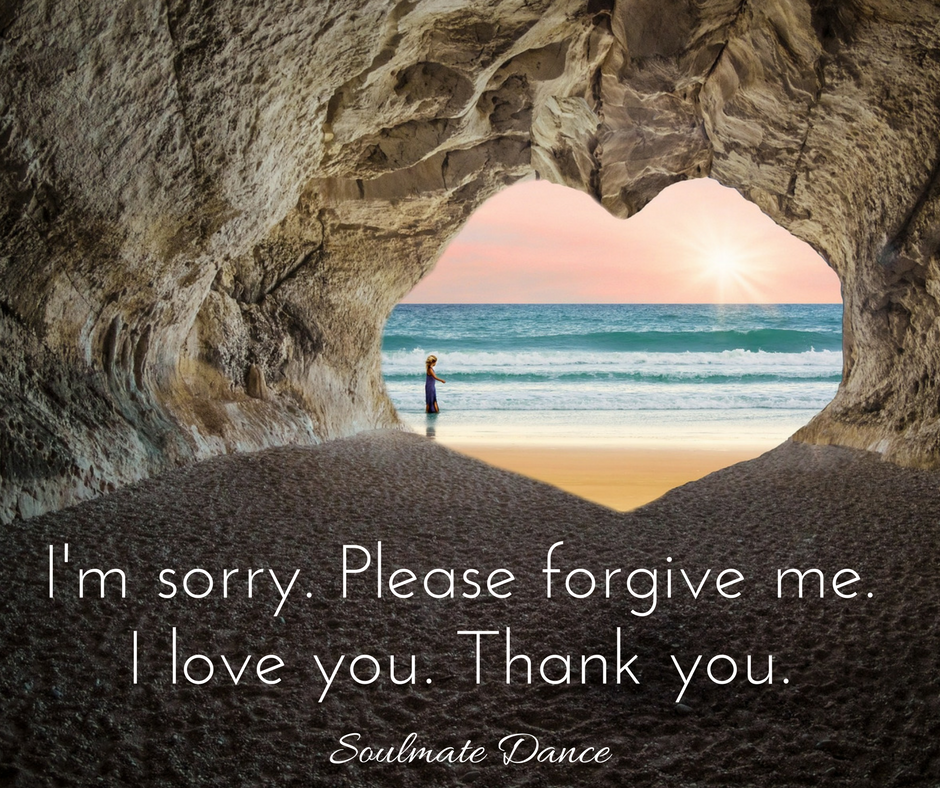 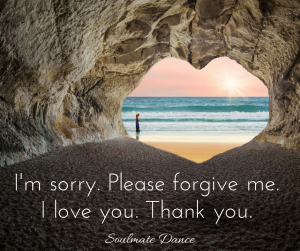 Ho'oponopono came on my radar around 2008. It was time for another deep dive into self-healing and I sensed that forgiveness related to men and dating would play a significant role. Trouble was, I couldn’t quite figure out where the forgiveness fit in.

I had been divorced for about 10 years and had forgiven my ex-husband 8 or 9 years back - not because he “deserved” it, but because our children deserved parents who didn’t hate each other (or at least one who didn’t) and I deserved to be relieved of my burden of anger even if it felt righteous.

I was pretty proud of myself, so who else did I need to forgive and for what?

The quest for a deeper understanding of forgiveness and its role in my own personal healing had begun a year before with a seemingly unrelated 40 day personal meditation challenge . The focus on Deliberate Creation - living by choice, not be chance - eventually led to ho’oponopono via the book Zero Limits by Joe Vitale, personal development author and coach, and Haleaka Hew Len, PhD, Hawaiian psychologist and shamanic practitioner.

The basis of ho'oponopono is a brief mantra - a repeated word, phrase, or sound that becomes an avenue into your own deeper state of beingness, helping transport you beyond your stuck thoughts and the superficiality of your daily rat race.

The word “mantra” gets thrown around a lot and seems to get confused with concepts such as “intention.”  However, the mantra isn’t the intention.  It’s the seed, the soil, the water, the nourishment that helps bring the intention to life.

In the Hawaiian tradition, ho'oponopono is a spiritual and mental clearing that happens through the cleansing of our own personal “errors of thought,” and is philosophically similar to the Buddhist practice for clearing Karma. Ho'oponopono requires that you take responsibility for whatever is going on in your life and not blame others, no matter how mad they have made you or how wrong you believe they are.

It’s a tall order for a very simple practice.

Ho'oponopono practitioners repeat the words “I’m sorry. Please forgive me. I love you. Thank you.”

How Ho’oponopono Worked for Me

When I first began the practice, I got really hung up on the “correct” order for the mantra’s statements, though I’m not certain there is an official correct order.

Then I began questioning why I should be sorry and for what. Where and why did I need forgiveness?  I was still carrying guilt and shame – some real and most self-imposed – but wasn’t feeling the need to ask for forgiveness anywhere. Why was I saying “thank you” and for what? To whom was I saying “I love you” and did it mean anything if I didn’t know who it was for?

I “needed” it so be specific. My resistance was epic.

At that point, ho'oponopono felt more intellectual than spiritual, more tangled than freeing. It felt as if I were creating a new prison made of ritual. Ugh.

It also felt like a vital piece of my personal puzzle was lurking just beyond my mind games. I decided to quit dissecting the practice and keep chanting.

As my stuff stepped out of the shadows and into plain view, a mighty truth was revealed.

The person who still needed forgiving was ME.

What ultimately became clear was that I had to turn ho'oponopono on myself. And so finally I did.

At the same time, I asked for any unfinished lessons to be clearly shown, little knowing what the Fates had in store. Their solution was to bring me face-to-face with The One Who Got Away, a childhood sweetheart who turned out to be my worst nightmare. (Wonder what the lesson was for him?)

So I chanted and cried and cussed and cowered and ran until there was no option other than courage – to face myself, my fears, my baggage.

I finally forgave myself – for “bad” choices, for assuming I wasn’t good enough, for tacitly agreeing I deserved such poor treatment.

Not only did I survive, I got bold and asked to be led to and through any other non-romantic relationships that needed healing. That wish also came true leading straight into another crucible, but this time I was ready and it felt healing from Day 1.

Better yet, clearing the old romance slate cleared the way for my Beloved, and he arrived on the scene a few months later. Even though I had waited a lifetime, it felt like it happened lickety-split.

The Power and Paradox of Ho’oponopono

As potent as ho’oponopono is for individuals, it also has a stealth power beyond the solitary practitioner. According to Dr. Hew Len, the heart of ho’oponopono lies in the belief that we are all One, part of a collective consciousness. That means the discordance we feel within ourselves also exists in others and vice versa. If all discord exists within the collective consciousness, then anything we heal within ourselves can radiate out and help heal anyone we come into contact with.

That means we have the power to cleanse and heal whether the problem originated in our own thoughts and experiences or not.

Pause for a moment and consider the ripple-effect implications of that statement.

The paradox is that we can change the situation around us and the people involved by going within, taking personal responsibility for our own junk (which we may perceive as coming from the junk of others), and making our own changes.  We will be different and so will they. It’s almost like doing their inner work for them by doing our own.

For those who are skeptical of anything that seems too woo-woo, it’s also pure science. If you want a different response, give a different stimulus.

By doing your own inner work, you’ll “force” others to respond to you in a different way which “forces” them to make changes within themselves. Though you have zero control over the choices they make and may not like their new choices any better than their old ones, you have 100% control over your own, including the choice to turn around, walk away, and never look back.

Before ho’oponopono, I felt emotionally and spiritually drained. I felt like the world was crashing in and I couldn’t do anything right. I felt like my choices were always going to be bad and that this must be punishment for some past karma I’d forgotten. I felt assaulted by Life.

The shortcut to changing what’s going on within and around you, what’s happening for you and to you, is to forgive yourself. That’s the first step to falling in love with yourself, warts and all. It changes everything.