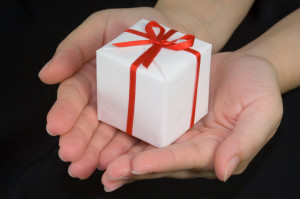 A while back I received a surprise phone call from a friend I hadn’t heard from in a while. Though the conversation was chatty, it quickly zeroed in on something that was clearly gnawing on her mind.

She shared a story about helping a friend only to be stabbed in the back in more ways than you can imagine. Naturally, she was hurt…twice. Being betrayed is bad enough, but getting it from a friend who had asked for and received help was devastating.

As we talked, my friend wondered how she could give “good” and receive meanness in return. Was she too giving? Had she neglected to use good common sense or firm boundaries? Was it possible to strengthen her radar and develop a better feel for whether a person was a Giver or a Taker?

So I emailed two articles to her.

The next day, she left an excited message saying she had read the articles and now wondered if she was more of a Taker than she had ever realized!  “I shared one article with a couple of friends and asked if they saw me in the checklist because I saw myself in several of the points.”

Then she asked another really important question.

“If I can recognize this about myself, does that mean I’m a Taker or does it mean I’m a Giver who messes up sometimes? Isn’t it true that real Takers can’t see this in themselves?”

In “Are You a Giver or a Taker,” the writer tells of a woman who attended one of his seminars. She complained bitterly, criticized everything, hogged the spotlight, and generally found fault. After refusing to allow herself to receive, she accused the speaker of being the Taker for not giving her exactly what she wanted!

One of the hallmarks of being a Taker is that they can never be satisfied. Their “what’s in it for me” approach leaves them always grasping for more without the ability to be grateful for what they have right now. People typically respond by backing off and declining to give any more to such a grasping person. Or by trying to “fix” them. My friend was beginning to suspect she might be a “fixer” and that might make her a Taker in disguise. In horror she said, “My husband always accuses me of trying to “fix” him, but I never saw it that way. I thought I was just helping him understand what I needed better. Maybe I’m the one who needs fixing.”

Since Takers subconsciously believe that they have to “go after” what they want and “make” it happen, they are in no mood to be fixed. They are stuck in what Ken Kreis calls an “emotional vacuum” so when they imagine a need is not being met, they go after filling that need by getting (taking) or fixing, rather than giving. That is a huge indicator of low self-confidence or self-worth. They are often jealous. They infringe on the rights and space of others while attributing the crowdedness to others invading their space and rights. Do you see a pattern? They think you are the one with the problem. They will drain you of everything you have to give and still resent you for not filling their bottomless pit. And they will interpret your desire for gratitude as having strings attached. And guess what. On this one they are right. As soon as you have expectations of any kind, even of receiving what you consider to be gratitude, you have inadvertently shifted into “what’s in it for me.”

One of the greatest challenges of life is learning unconditional giving, savoring the giving itself as enough. Simply giving and setting it free. Practicing the fine art of allowing the gift to find its own mark …or not.

As we talked, my friend related another story. Several months previously, another friend had gotten married. On the day of the wedding, she had shared some words of wisdom.  “No matter what happens, remember to be present in every moment of this day. It will pass quickly and you will want to savor it all.”  She spoke the words and forgot them.  Months later, her friend mentioned that those words had made all the difference in how she experienced one of the most important days of her life.

I asked how that made her feel. Great, of course. I asked her what was different about the two experiences. First, the two friends were very different. One was able to receive and the other was only able to take. Then a light came on - she recognized how judging her friends’ ability to receive pegged her own feelings on someone else’s actions. But even more importantly, she realized in one situation she gave and released what she had given - completely forgot about it– and in the other, she expected certain behaviors in return. She had unknowingly set herself up.

And that’s the secret. Unconditional giving makes us feel great. It energizes us and renews our joy in giving. The intended recipient cannot hurt us because we’ve already received our reward through the joy of giving. My friend still wants to become more mindful and less of a “fixer,” but I think she also discovered a new peace in realizing her work is done the moment she gives. The idea of giving and letting it go seemed pretty appealing.

In answer to my friend’s second question – If I can see this in myself, does that mean I’m a Taker or a Giver?  I would say she’s a Growing Giver. It’s rare that Takers see their own actions clearly. In fact, most truly believe that they are Givers. They see themselves as generous and compassionate. They are bewildered by the responses they receive. They can’t yet see that they are coming from unconscious needs, self-interest, and insecurity.

Most of us are Takers at one time or another, but take heart. The skills of giving can be learned even if unconditional giving is not your natural starting place. And even great Givers can grow!