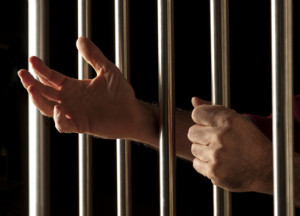 "We can't save people from their lessons, nor can we force them to do the right thing. We can extend the invitation, we can provide opportunity, but after that we have to release the outcome. It's a free will universe, and the actions of others as they exercise free will can often sting. It isn't what we wanted to happen. It isn't the response we had hoped for. We have to live and work with what IS real rather than what we wish it could be. We have to see and accept people based on their actions and not on our own desires. But we also have to create firm boundaries. We need to have the courage to say "I care about you, but this doesn't work for me." I have come to understand that when someone continually disappoints me, it is not their problem. It's mine. I have an unfair expectation of them. I try to see people in terms of their potential magnificence rather than where they actually are. I bet a lot of you are the same." ~ Kathleen McGowan

These wise words from favorite author Kathleen McGowan slammed into me recently. In the last couple of months, it has felt as if Life has been offering me a whole bunch of lessons on “expectations” – what I expect of myself as well as others.

I have never asked to side-step my own lessons, only to awaken to their meaning as quickly as possible and heal from whatever brought them in the first place. Sure, I’ve been frustrated many times when it seemed as if the nugget of wisdom simply would not revel itself, driving me deeper into the “darkness” of the lesson (repeated if necessary) rather than rising to the enlightenment of the lesson revealed and healed. Regardless, it never crossed my mind to do anything other than stay the course, doing whatever it took to hasten the reunion with Source.

Nor did I believe in asking others to by-pass their lessons, always offering unconditional love and support. And meaning it.  Yet if I am perfectly honest, I have to admit that believing in honoring their free will to seek their lessons in whatever way they chose and genuinely releasing the outcome when their actions hurt has not been one of my strengths. That is especially true when their actions are causing them pain and heartache. What I really want to happen for them is to heal so they no longer suffer – and I don’t suffer along with them as a result.  It can be a tangled web.

So Kathleen’s words hit really hard. I was personally suffering because of actions by two people I love dearly. My feelings were hurt. I was worried. Was my desire for a specific outcome interfering with their right to act in any way they chose, even if they were “helpless” to choose otherwise (meaning they had not yet awakened to alternatives) or felt pressure from someone else (not me)? And even if their choices were causing them pain?  How could I be gentle with myself and be OK with what IS even if it was not what I desired?

And most importantly, how could I set boundaries that served us both, let them know how I was feeling without criticism, and release my expectations of how things “should” be?  Could I deal with the perception of criticism that sometimes comes with setting boundaries even when no criticism is intended? Could I see them in terms of their potential magnificence without developing an expectation of that magnificence? Could I acknowledge that the problem of expectation was really mine?

At this writing, I am working on ways to say “I love you, but this isn’t working for me” that do not feel so threatening to me or the recipient. The funny thing is, when my girls were small, I was really good at setting boundaries for them. So good, in fact, that they learned to self-manage. What happened to that skill?  Could I get it back or learn to use it in a new way?

I love both of these people deeply and want them in my life. That means it is my job to shift my thinking, to own my pain, and to release my expectations. So it’s one step at a time. Otherwise, it is a prison of my own making.

As Kathleen says, I’ll bet a lot of you are the same.

1 thought on “The Free Will Universe of Soulmates”