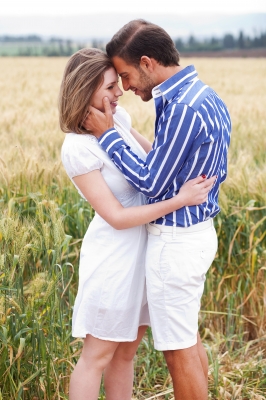 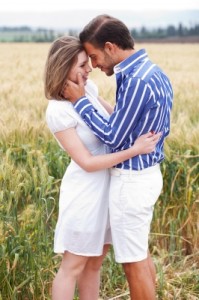 Gotcha, didn’t I?  Well, hang on. You’ll get the real secret in just a moment. But first this very important message...

Back when she was just a young chicklet, Marie Forleo wrote a book entitled How to Make Every Man Want You. Trouble was, even though she was a super smart woman and trained life coach who looked like a success on the outside, she is the first to say that she was one hot mess on the inside. By her own admission, she kept dating the same wrong guy over and over, and the rest of her life wasn’t quite clicking either. Clearly, she hadn’t yet found the answer for herself even though she was coaching others to success. (Am I the only one who can relate to that statement? Thought not!)  So she pulled the book off the market and did some deep introspection. When she republished, it only contained a couple of very simple truths.

What happened next is important. The new version was polarizing. While most loved it (and it became a smashing best-seller), the criticism was loud. I won’t bore you with the details of the nasty reviews because the gist of them was all the same – I already know this stuff. Why do I need a book to tell me this?

Yet each of these people had bought the book because they were still looking for  their soulmate love.

The book disappointed the naysayers because it did not contain the magic bullet. There were no rules (Remember that awful book?), no checklist to follow to have a husband in 60 days, and no way to weasel out with “he’s just not that into you.”  If you prefer, there are actual books on those three misguided approaches. Go on, read them if you must. When they fail for you like they have for boo-koodles of others, come back here. We love you here.

Instead, Marie and others like her teach the mind-bendingly simple truth. You don’t find a soulmate, you become a soulmate.

Turns out, finding your soulmate really is an inside job. It’s not a hunt. Forget game rules and dump the checklist of best places to meet guys (or gals as the case may be). Becoming desirable, and being found by your beloved, means cleaning up yourself first. Period.  And that’s what the naysayers are missing.

The Law of Attraction fan says Like Attracts Like. So by following the advice of those other goofy books, you’ll just find a guy (or gal) who is also on the make. That’s not sounding like soulmate love to me.

Instead, think about the qualities and characteristics that would be attractive to the person you want to share your life, then focus on yourself and how you can become more appealing in general. That’s because the qualities you believe your future or current beloved find attractive are the same ones that will serve you well in all aspects of life. So you really don’t have to be one person with your gal pals, another person at work, and yet another in your soulmate quest. Makes me tired just thinking about it!  And how would you keep all those personalities straight anyway?

Desirability comes down to embracing and nurturing your own unique qualities. Instead of trying to play a role in order to get someone, focus on being happy with yourself, loving yourself just as you are now while knowing you will continue to grow and evolve. Turns out the “rules” for finding a stellar relationship are the same ones for living a stellar life:

1)    Be present. Live in the Now, as Eckhart Tolle says. Stop agonizing over the past or fretting about the future. Ditch the inner voice that replays old conversations, old grudges, and old screw-ups. While you’re at it, also ditch the inner voice that worries about what might happen. Give the past its five minutes to gain the enlightenment it offered, then move on. Allow the future to unfold according to the joy you are teaching yourself to feel every moment. Enjoy what is happening RIGHT NOW no matter what it is. Don’t like what IT is right now?  Then enjoy moving towards something better. There is nothing more irresistible than a woman (or man) who is happy with herself. Period.

2)    Be yourself. Make You the center of your life. Contrary to what your mother may have taught you, this is not selfish. It’s the “Put your own oxygen mask on first” airplane speech. Take care of yourself first, not to the detriment of others, but to your own health and happiness.  When you set this example, your beloved will want to do the same for you...and you will want to do the same for him. It forms a beautiful circle if giving and receiving. A woman with a rich satisfying life is more alluring than any vapid beauty in the “right” clothes. Just remember – a full life is very different from a crowded life.  Lovingly hold space available for your beloved, whether or not the two of you have found each other.

Doing these two things for yourself will melt bad relationship habits like ice in August. Ultimately, we just want to be loved for ourselves and want to love our beloveds for themselves. Anything based on good execution of dating techniques is going to be superficial and fragile. And that leads to more wrong relationships. And breakups.  And heartache.

This is usually where the naysayers start wailing – “I already know this. It’s too simplistic and trite. Where’s my list??????” Did you notice anything?  The criticism comes from people who claim they already know this simple advice.  If that’s the case, why aren’t they already receiving what they want in a relationship? Knowing it and applying it are two very different things. And believing it is something else altogether.

Insight without action is worthless.

I should know. Like Marie (and probably many of you), I “got it.” I had spent many years and boatloads of money improving myself. I read all the self-help books, worked with coaches, journaled (a lot), made my lists, practiced my affirmations, blah, blah blah. Sure, they all helped, yet nothing worked. I dated some nice men and some real toads, but none of them were The One. My career was reasonably successful, yet frenetic and exhausting and not nearly as profitable as I would have liked. As a coach and consultant, people came to me for advice. Then I’d get to watch as they applied that advice and got new results while I still felt stuck. The inner happiness I felt was always tinged with fear and frustration. There was a major tug-of-war going on inside and both sides were losing.

Ironically, it was a different book that gave me my own much-needed ah-ha moment, so do keep reading. Just choose well. Choose books and coaches who focus on helping you unleash YOU because that is the only thing that will unleash your true irristible-ness and call out to your own beloved. Ditch the arbitrary dating rules. Taking care of yourself in a loving inner way clears out the junk that has been preventing you and your darling from finding each other. Because the cold hard truth is this – without cleaning up the cobwebs in your own life, your beloved could be standing right in front of you and you wouldn’t recognize him/her at all. You would have created your own blindness. Maybe this inner way takes a little more work up front, but in the end it really is the short-cut.

So go in (instead of out) and make every man want you!