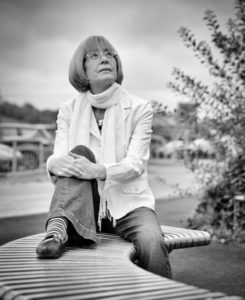 Reader Question: Is it weird that I'm not really interested in finding a soulmate or a relationship?  I very much enjoy my life alone.  I don't really miss not having a partner, but my friends all think I have some problem that keeps me from wanting a relationship.  I don't really have a problem though.  I've dated some great guys and it just hasn't worked out long term, but I'm not scarred for life.  I just don't feel the need to get married or have a soulmate.  When my friends ask why, I don't know what to say because I can't explain it.  I have a great life and I hang out with friends when I want and I date if I want, but I'm just not interested in finding one person to be with forever. I am I the only person that feels this way?

You are far from the only person who feels this way. Throughout history and through all walks of life, there have always been people who have chosen to remain single. The “reasons” are as different as the individuals themselves. Some are just too busy enjoying life. Others are deeply focused on what they do and in many cases the world is a better place because they made that choice. Still others prefer something other than marriage for their relationships.

Then there are those who suddenly, and sometimes unexpectedly even to themselves, marry later in life. Gloria Steinem, credited for saying a woman needs a man like a fish needs a bicycle (Gloria herself credits Irina Dunn), married at 66. Cameron Diaz, who at age 42 married after a 17-day engagement to Benji Madden whom she had met seven months earlier, had previously referred to the custom of marriage as a "dying institution that doesn't suit our world any longer."

The point is that there are as many kinds of relationships as there are people to populate them. The only “right” one is the one that’s right for you.

I’m actually more curious about your friends who think you have a problem and are demanding an explanation. Why does your happily single status bother them? Are they jealous? Are they unhappily single, yearning for a relationship, and resentful of your happiness? Are they married and think that is the only or best path to happiness?  Whatever the reason, you’ll want to ask yourself why they think you need fixing. There's nothing to "fix." You are fine as you are if YOU are fine just as you are.

Statistics don’t support their concern either.

According to the 2012 census, 53.6% of American women over the age of 18 were unmarried. Though the census can’t tell us whether or not they consider themselves happily single, the basic fact is that you have a lot of company.

A Harvard research project, considered one of the most comprehensive long-term studies on happiness, followed 268 male undergraduates for 75 years, literally a lifetime of tracking and data. The study did show that joy and fulfillment come primarily from relationships. The startling fact was that it was not necessarily from romantic relationships.  Instead, the study showed that connection was the main factor and that the sense of being connected could be experienced in any type of relationship.

So what’s a happily single person to do? Chances are, you’ve been on the receiving end of comments such as “It’s so awful that a great person like you has given up on love.”  Or “Can’t really blame you. The available men aren’t worth having.” Or worse yet “You seem so well-adjusted otherwise.”

Maybe the only sane approach is to practice smiling and saying, “Thank you for your concern. Truth is I’m really cool with things just as they are and would love for you to be happy for me, too.”

And if they can’t? You’ll have to decide whether you want to continue with friends who can’t or won’t accept you as you are. Whatever you do, avoid two potential pitfalls: (1) Allowing what others want for you to muddy what you want for yourself, particularly who you are and how you live. (2) Getting so stuck in defending your chosen position that you become frozen in it and fail to evolve freely. Circumstances change, life changes. We are happiest when enjoy the flow.

Step back for a moment and ask yourself why people think a wonderful woman (or man) who doesn’t have a romantic partner to appreciate her (him) is incapable of living a happy and fulfilling life?

2 thoughts on “Is It Weird that I’m Not Interested in Finding a Soulmate?”