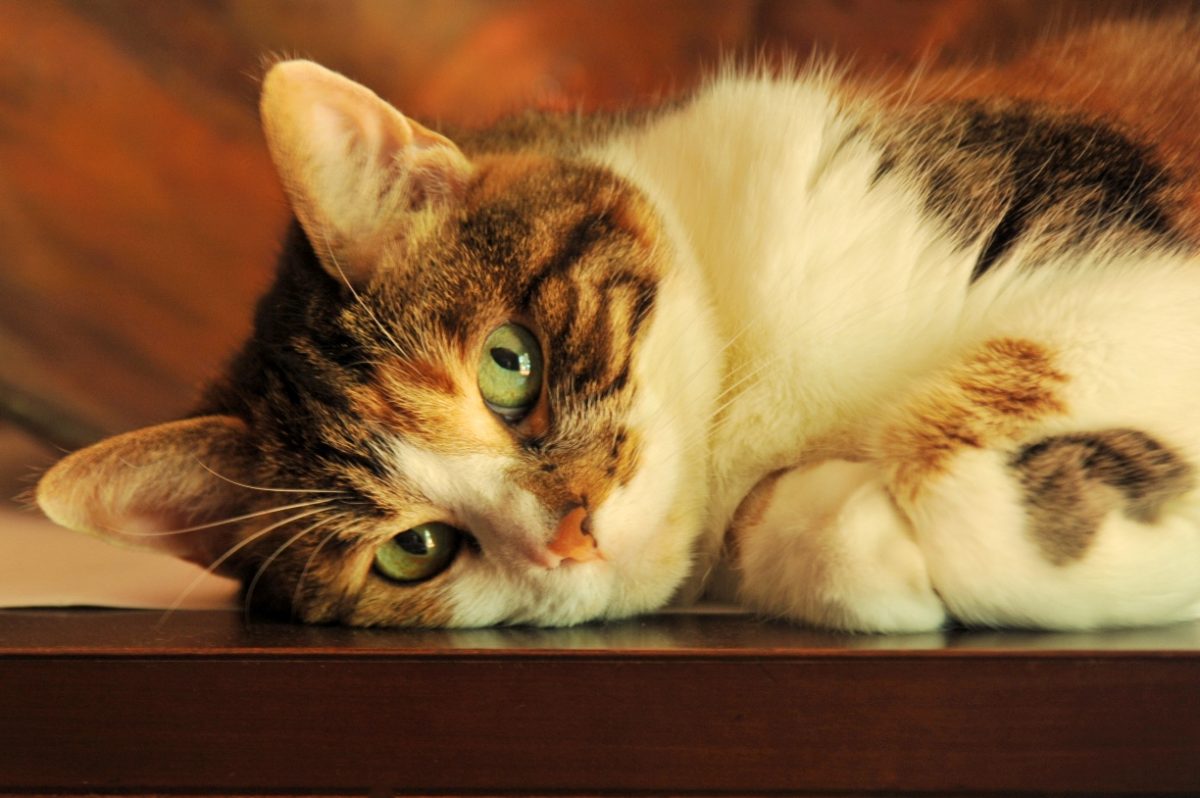 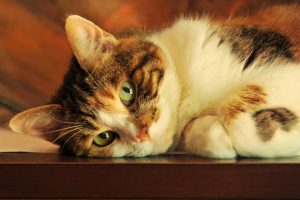 When Steve and I first met, I was owned by a rescue kitty named Callie Mae who had come into my life as a hostess gift.

Not your usual aloof or cantankerous feline, she was a placid companion who was steadfastly and uncomplainingly by my side through life’s ups and downs. An excellent listener, she could sit still and look raptly attentive even for my most rambling long stories. And she had a way of looking at you with her big sea-green eyes that felt as if she was the keeper of all the wisdom in the world, melting the hearts of cat-lovers and cat-haters alike. She was my touchstone for the many years we shared.

Those are really odd words coming from a dog person.

From the day they were born, my daughters loved cats and could never have enough. As far as they were concerned, every single cat in the universe needed to be rescued. By us. Even if it already had a home.  Cats came and went, but we always had a Katie and a Suzy. Outdoors. Not in the house. Not my house. I was a dog person.

When they finally had places of their own, the girls immediately welcomed cats into their inside space almost before they had finished unpacking. Of course, those cats came home with them for visits and of course they had to stay inside. After all, they had been rescued from traumatic circumstances. Ollie was missing a foot and had a crimped tail, probably from some sort of accident. Penny had been found as a teeny kitten abandoned in a Back Bay gutter.

Slowly, they inched their way into my dog-loving heart. Before long, I was a goner, bringing them treats, buying them toys as if they were children, and even letting them on the furniture.

By the time Callie Mae came along, I had been fully indoctrinated into the concept of furry children who were not dogs.

It was love at first sight. Sort of.

She was the Cinderella kitty in a house that already had three other rescue cats. They did not welcome her, so eventually she slunk off to the basement and hung out by herself.

She got into the habit of racing up the stairs to meet the homeowners at the back door when they returned from work in the evenings. They would coo and cuddle over this warm greeting.

When the other cats caught on, they too began racing to meet the homeowners. They snarled and hissed at Callie Mae who would slip back down the stairs like Cinderella to the hearth.

Then I came to visit.

I was dog hunting at the time. Ha! The homeowner immediately started in on why a cat was a better pet for me, mainly I traveled for business and pleasure.

She argued. I deflected.

Bedtime came and I went up to the guest room on the second floor. Sometime in the night, Callie Mae slipped up from the basement, past the other cats, up the stairs, and curled up in a little ball at my feet.

She hung out in my room for the rest of the visit.

According to the homeowners, she had never shown interest in any human before. So when one of them came to visit me, she brought Callie Mae as a hostess gift.

She remained a peaceful, placid, self-contained kitty. She was never particularly interested in treats or toys. She quietly and slowly taught me what spoke love to her and I spoiled her in all those ways.

She taught me how to give love in ways that are meaningful to the recipient, not just the expected ways or the ways that mean something to me.

And she talked to me. She would sit perfectly still looking me in the eye and it felt as if she were telecommunicating.

In our first conversation, she told me her name. The previous owners had called her Callie because she was a calico cat. She told me they were close. She said her name was Kali Ma as in the Hindu goddess, but that I could pronounce it Callie Mae because she was a Southern kitty now.

Then, when cancer came calling, she stood vigil over me. She cuddled and guarded as fiercely as Kali Ma ever did. She even brought me treats. Well, maybe a dead lizard doesn’t count in your book, but she had never brought me a treat before.

Shortly after the Steve and I moved in together, Callie Mae succumbed to age and illness, taking her leave of us in the same way she had lived - peacefully and with quiet dignity.

It felt like a part of me had evaporated.

Just before she crossed over the Rainbow Bridge, she spoke for the last time. She said her job was done. She had delivered me into the loving arms of Steve and was off to her own next adventure.

The case for spoiling our four-legged friends is the The Five Love Languages in action wrapped up with a Law of Giving bow.

I rescued her and she rescued me. I gave her loving attention and she gave it back in spades.

The Giver becomes the Receiver.