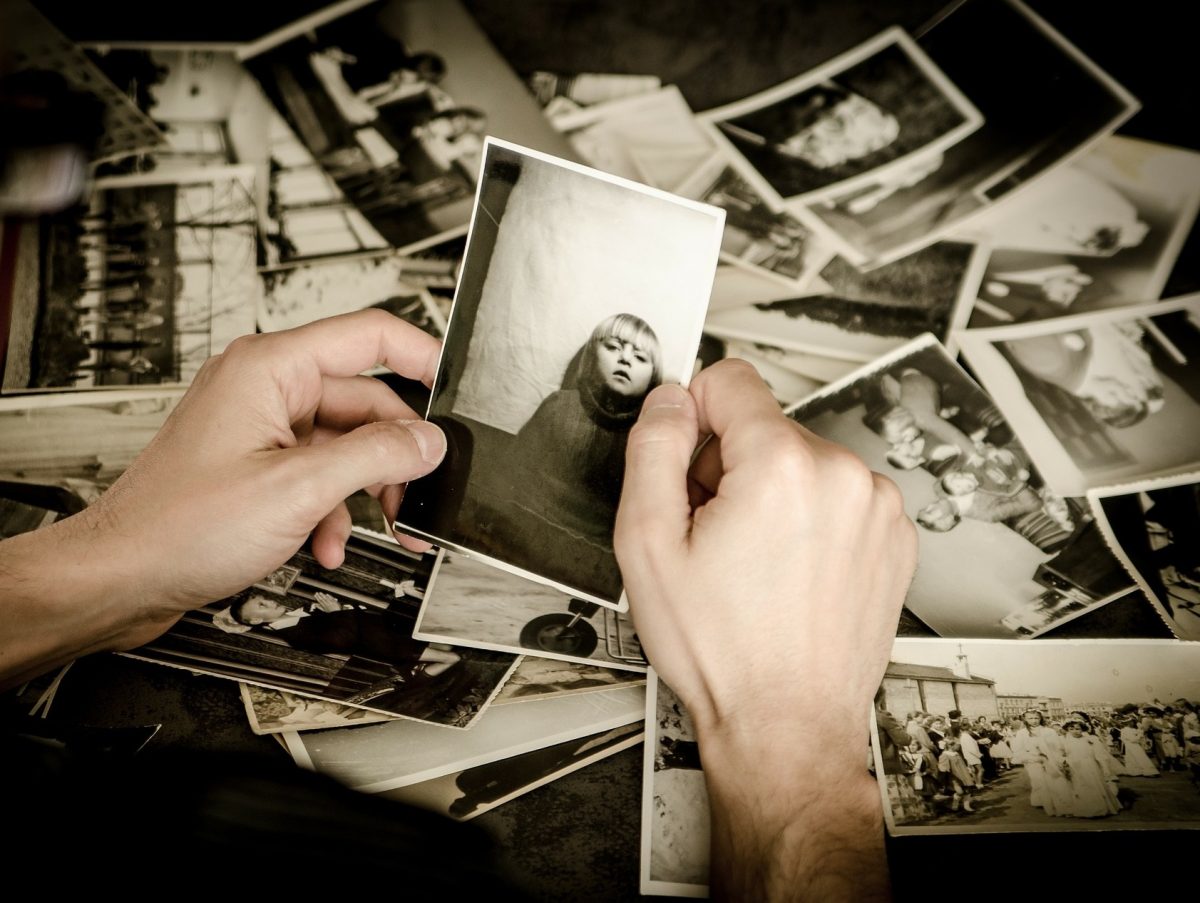 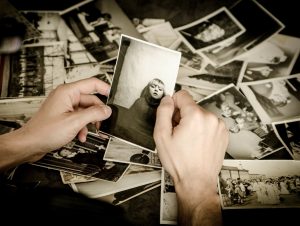 We recently sold our childhood home.  As I stood in front of it for the last time that it was still part of our family, memories began flooding in.

There was the playhouse our granddad had built including the child-sized furniture. For at least a decade, it was playhouse, clubhouse, schoolhouse, and whatever else we could imagine. Until my little brother accidently burned it down.

There were the hours spent in my room reading, feeding my imagination and my lifelong love of books. And escaping the parental squabbles.

Some of the memories were good, some sad, some bewildering, some comforting, some embarrassing. In that moment, they were all as fresh as the day they happened.

Memories are funny things. As I stood there that day, I thought, “This is where I was formed. These are the experiences that shaped me. These are the pieces and parts of who I am today.”

And I wondered which ones would I keep and carry? Which ones defined me?

But is that all we really are?

It’s so easy to think of ourselves as only a collection of memories - and the experiences and relationships, habits and beliefs that created them. But if that were the whole story, wouldn’t we be stuck on that track, passively succumbing to whatever was imposed on us or happened to come our way?  Wouldn’t the formation of our Self be out of our hands?

What if instead our memories and the experiences that birthed them are more like catalysts, road signs, and bumpers?

A random moment at a party I attended with my sister and her then-boyfriend changed the trajectory of my life. It was the week before my 33rd birthday.  I had two wonderful daughters and a good-on-paper marriage…and felt utterly empty and alone. And in that moment at this party where I knew no one, I knew without a shadow of a doubt that I wanted, needed, and deserved more. It wasn’t a craving for a bigger house or nicer car. It was my soul shouting that we were not on course.

It felt like a fork in the road where the decision was to wake up and start driving my own car or continue being driven to destinations unknown.  A decision was required. No sliding along for this one!

My alternatives were clear: Continue along the current path allowing wherever experiences came my way to form me and create my future memories, accepting the feelings of emptiness, purposelessness, and loneliness . Or strike out purposefully, willing to stumble, fall, and possibly anger some people or break a bone or two as I forged my own trail and generated my own memories.

I hadn’t even known this feeling was simmering until that moment. If you had asked, I would have said everything was fine.

My true Self, the soul that inhabited this skin suit, had other ideas and was weary of staying silent or being shushed or just going along for the ride.

I decided the time had come and that led eventually to divorce. Not the goal originally, but that’s where my decision led as each baby step offered new alternatives and required new conscious (and often scary) decisions.

Shortly after separating, a cute guy began a serious flirtation with me. Oh my goodness was I ever flattered! Being divorced at 40+ was terrifying. What if nobody ever wanted me again?

After going on a few dates, he began speaking of a future together as if it were a foregone conclusion. He had everything mapped out. He also began making subtle suggestions about how I could or should change to fit into his vision of this future. Some sounded like fun, some sounded like they would even be good for me, but others sounded like the opposite of who I knew myself to be at the core. That Self had been sleeping long enough and was here in this time and place eager to finally emerge.

The little voice in the back of my mind began whispering things like, “You should never have to change the essence of who you are to be with anyone. If you do, it isn’t you they like/love. You are just a plug for some void in THEIR life.”

And most of all, he thought it was selfish that I wanted to be the guardian of my own memories.

Over the next 2 decades (at this writing I am 63), I finally began understanding that my true Self is made up of equal measures of human experiences and the memories they generate plus the eternal essence of my Soul Self. I was always more than just that collection of memories even if I didn’t yet know it. All of those memories have been way points guiding me forward to my Self, my Soul.

Perhaps the memories are modeling clay, but I am my own artist. And so are you.

That childhood house was only the location for part of my soul’s incubation. I was ready to let it go to a new family because I’m on my way Home.