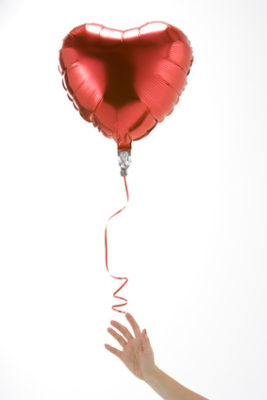 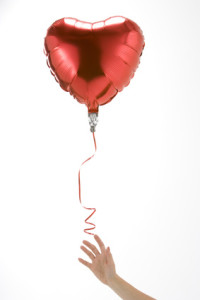 Reader Question – How do I break away from a soulmate who turned out not to be a forever mate?  He was a big part of my life and taught me a lot, but we are not good as a couple. For one thing, he’s a serial cheater and not willing to do anything about it. I still care for him and value what we had, but it’s time to let him go. How do I do that?

Releasing. That’s a subject that has come up a lot lately.

How wise of you to realize this man is a soulmate and that he taught you a lot.  What a great gift to agree to be the “sandpaper” relationship in someone’s life!  Those people are rarely liked, often hated, and yet often provide life’s greatest lessons.

Wayne Dyer calls his father his Greatest Teacher. On the surface, that doesn’t sound like much until you know the story.  Dr. Dyer’s father left his mother while she was in the hospital giving birth to him, leaving her with three little boys to raise and no means of support. He ended up in an orphanage for a number of years and came to hate his father for what he had done. In fact, that anger, bitterness, and rage pretty much dominated the first 30+ years of his life.

When Dr. Dyer was in his thirties, he learned that his father had passed some 10 years before.  He flew to Mississippi literally with the intention of pissing on his father’s grave.  He spent a couple of hours pouring forth all the venom in his heart, telling the gravesite just how despicable he thought this man had been. When he got in his car to leave, he felt drawn back to the grave and compelled to forgive his father.

That moment transformed his life.

Through forgiving his father, he was able to forgive himself for his own hatred and for the “mistakes” he had made because of that hatred. No, he didn’t condone what his father had done; that’s not what forgiveness is. Perhaps Mark Twain said it best: “Forgiveness is the fragrance that the violet sheds on the heel that has crushed it.”  Although he was already an author at that point, he was not writing what he really wanted to write.  Because of this incident, he closeted himself for a while and wrote Your Erroneous Zones. It went on to become a major best seller and the rest is history.  All because his father had been a jerk.  All because he finally released all his pent up (and understandable) anger and hurt. All because through forgiving he was able to move to feel beyond the hurt to gratitude.

You are already ahead of the game because you recognize that this man gave you something valuable even if it was given in a painful way.

The next step is to fully forgive him and then fully forgive yourself. We try to make that a really hard complicated thing.  It’s not.  It’s a simple decision that we practice moment by moment until it becomes a part of us.

The next step after that is to find your gratitude.  Again, you are well on your way because you already understand that you have learned and changed for the better. Make that state of gratitude a rock-solid state-of-being. Again, it’s a matter of practicing moment by moment until it becomes second nature.

There are tangible ways to honor that gratitude that may help. You may want to make a list of all the benefits you have received and will ultimately receive. Making a vision board or visual journal of all your benefits is another way. Some folks like to write the “bad” stuff on slips of paper and have a ceremonial burning. The idea is to keep the good memories and set the “bad” ones free.

And most of all, give yourself some love and TLC. Treating yourself the way you would want others to treat you sets up a vibe that will draw your long term beloved to you.