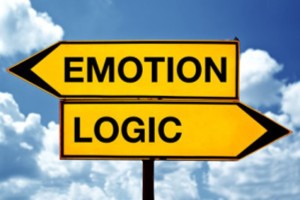 Sometimes even when we’re clear, we’re not. ~ Jodi Riley

Earlier this week, Jodi shared the story of a client who had come to her coaching session incredibly well-prepared. This woman had composed a list of exactly what she wanted in a love mate which included prioritized values, not just the usual physical and material attributes. She was also ready and willing to do her part in creating the outcome she wanted. Together, she and Jodi came up with a plan for drawing that exact man into her life. In just a couple of months, she was meeting precisely the kind of men she had described and those men were all very interested in dating her, yet something was still missing.

Similarly, I was recently contacted by a gentleman who was feeling dissatisfied in his career. He had already written out a detailed list of what he wanted including the kinds of colleagues he preferred, the types of tasks and responsibilities he wanted, the level of income he required, and the style of the workplace he enjoyed (goal-oriented, casual, sometimes work from home). He was shocked to see his current job checked all points.

What was going on with these two thoughtful intelligent people?

We’ve been conditioned to believe that there is a formula for everything and if we just follow the recipe, we will get the cake. Heck, Jodi and I even teach creating those lists as a key part of getting clear about what we really want. It is an important and very helpful step. It’s just not the whole story.

The list creates our “good on paper” components. Our intellectual, conscious self thinks these ingredients will click together to deliver the feeling we crave. And that’s the essential missing detail - what we are really looking for is the feeling, not the items on the checklist. Like the shopaholic who hopes the next purchase will make them feel good, we tend to focus on checking off the items on the list thinking they are the end game. Finding those qualities, characteristics, and interests can excite us for the moment, but until that deep feeling of connection and satisfaction is there, we will still feel an emptiness.

Consider these examples including the two just mentioned:

• A man listed everything he wanted in the perfect woman only to walk away from one who checked every box because his friends didn’t think she was attractive enough. What he really wanted was the feeling of being with someone everyone thought was beautiful who also checked his boxes. Instead of beating himself up for being “superficial,” he acknowledged this as an important feeling for him and shifted his focus.
• A woman created her game plan for getting as thin as she had been in her youth. It was strenuous, but she was willing. She faithfully followed her list and lost the pounds, but felt worse than ever. What she really wanted was the feeling of living a healthy vibrant lifestyle. Once she realized her feeling had more to do with lifestyle than looks, she enjoyed her choices and outcomes.
• The gentleman who contacted me realized he liked everything about his current job except the product they produced. There wasn’t anything wrong with it. He just didn’t care about it. He wanted the feeling of being involved in a product he liked. He decided to look for a new job, but paid close attention to the feeling he got from what the company produced.
• Jodi’s client knew an emotional connection was fundamental for her and began paying attention first to the feelings. She didn’t abandon her list because those qualities were still very important. Instead, when she felt a connection with someone, her list became a valuable tool for figuring out the root of the chemistry.

What was initially missing for each of these people was the heart and soul of what they were actually seeking.

There’s no question we enjoy our shared interests, our material possessions, and our careers, but it’s our feelings that are as crucial as the air that we breathe. Without them, everything else is meaningless.

In my own life, I have experienced having all the “right” stuff – decent marriage, nice home and cars, good job – and still feeling empty. I, too, had checked all my boxes. Only when I arrived, it didn’t feel like Home. Eventually, I left that good-on-paper life and set out on a quest for the life that felt full of feeling, alive and connected and on purpose. It was bumpy and sometimes painful, but now life is full of juicy, alive feelings. Instead of feeling empty and restless, I feel content and peaceful.

Emotions matter. For humans, it’s not the thing itself that is important. It’s the feeling we receive because of its presence or absence.

And we all want to feel good.

1 thought on “Are You Attracting What You Really Want or What Looks Good on Paper?”